In this part we will see how to perform a Repartition Join in MapReduce. It is also called the Reduce-Side Join because the actual joining of data happens in the reducers. I consider this type of join to be the default and most natural way to join data in MapReduce because : 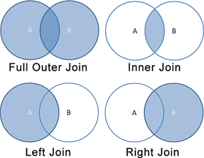 We will first create a second dataset, “Projects”, which can be joined to the “Donations” data which we’ve been using since Part I. We will then pose a query that we want to solve. Then we will see how the Repartition Join works and use it to join both datasets and find the result to our query. After that we will see how to optimize our response time.

The first dataset we were using, “Donations”, is a list of donations made from individuals to school projects. For example maybe an anonymous man in Austin, Texas, donated 200$ to a “Ski trip” project in a New York school. The Donations dataset has a field called “project_id” containing IDs of projects, which are actually the donation beneficiaries. This is the field we will be performing joins on. Luckily, the “projects” data is also available on the DonorsChoose Open Data.

The CSV file is around 460 MB and contains about 880k rows. You can view a sample of what its data looks like here.

As we did in Part I, we must create this following classes:

The final Sequence File, projects.seqfile, after keeping only 30 of the 43 fields, is around 123 MB (compressed), which conveniently fits into 1 HDFS block.

By creating the sequence file without compression, the size is about 365 MB (needing 2 blocks), but we won’t be using that. It’s good to know how big the data really is though.

Let’s try to find the results to the following query :

View all pairs of corresponding donations and projects. Each time a donation was given to a project, display the following data :

Our query is using an Inner Join, but we will start by using the Full (Outer) Join in the next section, for the sake of covering all use-cases.

The Repartition Join is a simple technique. To join our Donations with Projects, it can be described in a few easy steps :

Below is an illustration of how we will join the Donations data with the Projects data, using a full outer join. For the sake of simplicity and readability, the donations sequence file only has 2 input splits (instead of 4 in reality), and the input keys are simplified (‘donXX’ for donations and ‘proXX’ for projects).

As you can see, I have illustrated 3 different cases of reduce outcomes :

Note that the outputs of reducer 2 and 3 would be empty if it was an Inner Join.

In this illustration the outputs are the full Writable objects, which could be written to a Sequence File. But in the reduce() method we can of course decide to write out only a few attributes in a text file instead. In the following implementation we will use the latter, in order to have a human-readable output for a simpler result analysis.

Here is the code of for a basic Repartition Join between Donations and Projects: RepartitionJoinBasic.java

This job is very close to the previous illustration. It performs a Full Outer Join between DonationWritable and ProjectWritable values which share the same joining key in a given reducer. However, instead of writing the binary objects to the output, it prints out a few selected attributes (those previously specified in our query) to a plain text output.

The first thing to notice in this code is how to use 2 different reducers for our 2 different input files. This can be done very easily with Hadoop’s native  MultipleInputs helper class in our driver code :

Also, since both mappers have different output types (DonationWritable for DonationsMapper and ProjectWritable for ProjectsMapper), we need to use a “generic” class which can encapsulate instances of both classes in order to receive both object types in the reducer. For this we use the ObjectWritable class from the Hadoop library. To accomplish this, we must :

The rest of the reduce() code is quite simple. We store all donations in a list, and all projects in another list. A this point, all elements of both lists have the same joining key, project_id, since they are all from the same call to the reduce() function. In this case, using a Full Outer Join, there are 3 cases to manage, based on the emptiness of these two lists, which I have pointed out with comments in the code. These 3 cases are also the 3 cases from Reducers 1, 2 and 3 illustrated in the big diagram from the previous section.

I executed this job on my mini-cluster of 1 master and 4 slaves with 2 GB of RAM each, using 1 GB containers for mappers and reducers :

We can see from the excerpt of the first output file that there are 3 types of joined results : perfect match, left part missing, and right part missing. In the first result from the excerpt, we can see that the donation.project_id we printed in he left side is the same as the project.project_id we printed in the right side, which is normal since they are the joining key. When either side of the join is missing, the attributes are displayed as ‘null’ strings.

The job took around 5 min 40s on average.

In this section we will see how to optimize the execution time of our Repartition Join. We will focus primarily on data projection, which consists in discarding all data which we don’t need before the shuffle phase.

In the Full Outer Join implementation from the previous section, the mappers wrote the “full row” objects DonationWritable and ProjectWritable to the output. And then the reducer received these full rows only to extract 4 or 5 attributes from each object. It’s a bit of waste to transfer 30 attributes only to use 5 of them. This shuffles a lot more data than we actually need.

The first solution to this problem is to create smaller Writable classes which only contains the attributes that we need.

To reduce the amount of shuffled data from the “donations” and “projects” dataset, we will use these classes :

Then all we have to do in our DonationsMapper is to create an instance of DonationProjection for each  DonationWritable full row object. And set this new instance in the generic ObjectWritable to be written in the mapper’s output. The same logic applies for the ProjectsMapper.

Here is the code for the Repartition Join job using this optimization: RepartitionJoinProjectedByWritables.java

The output files are slightly smaller that before because we did an Inner Join. The few join results which didn’t have a matching left or right side were discarded. As a result, there are no “null” values in the output this time.

Using this optimization, the job took an average of 4 min 30 s.

Another solution is to manually serialize the values as plain text in the mappers. Instead of using the generic ObjectWritable  for serialization/deserialization between mappers and reducers, we use simple Text writables containing values separated by a token (here I chose to use a pipe character “|”). We also need to define a special indicator somewhere in the string to define whether it is a donation or a project record. We will simply prepend the character “D” for donations and “P” for projects.

For example instead of writing a ProjectWritable to its output, the ProjectsMapper will write a line which looks like this:

Then in the reducer, we can read the first character to know if it is a donation or a project, and then strip it out. By doing this we end up with the same data we had in our previous implementations.

The code for the same Repartition Join but using projection by Text values can be viewed here: RepartitionJoinProjectedByText.java

Using this optimization, the results are exactly the same. But the job took an average of only 3 min 40 s.

It is a lot faster using text, probably because there is no serialization/deserialization done between the mappers and reducers. However we are not using objects anymore, so this technique is more prone to errors which could be caused by data stucture changes, since we are working with strings only.

In this post, we joined the entire datasets, without filtering any records, and saw how to perform any type of join.

However, if we need to perform some filtering on records before an Inner Join, using a Bloom Filter can significantly improve performance.

In a future post, we will explore how to use Bloom Filters in Hadoop, and use it to optimize our Repartition Join.